If one Dragon is not enough, the logical step is to have two right? That's exactly what I had commissioned Stefan Vinogradov aka Stefan Jewels to do.

The Dragon in Chinese mythology is a legendary creature. And more significant if one is born in the Year of the Dragon. The five claw dragon in ancient times is assigned to the Emperor with the three claw dragon for the common man. And another common depiction of the Chinese dragon shows a pair of dragons fighting over a flaming ball. The ball or the pearl is associated with spiritual energy, wisdom, prosperity, power and immortality amongst other characteristics.

The result by Stefan is this beautifully handcrafted timepiece... 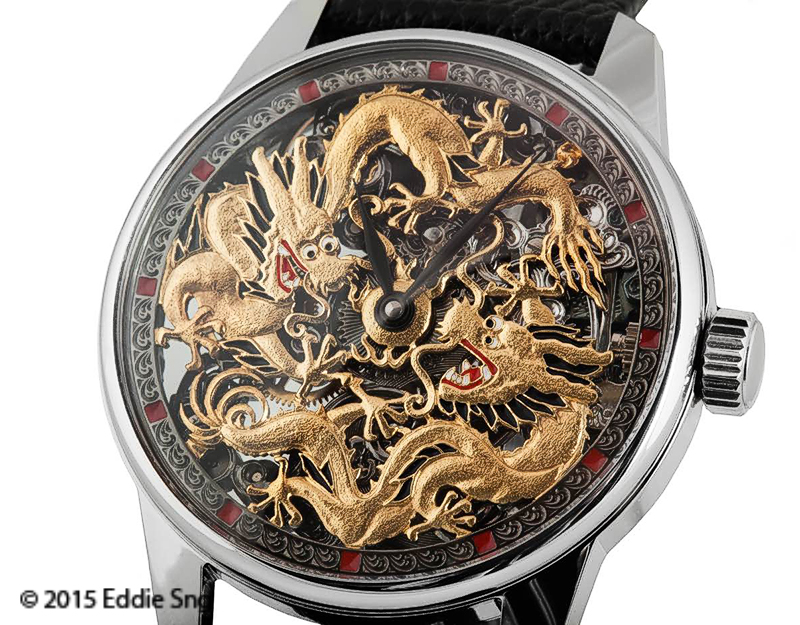 I had done an earlier post of the process one goes through when commissioning a timepiece with Stefan. He had already done one Dragon watch for me and I had previously documented it in another post.

The first step starts with me searching for an appropriate picture and this was what I came up with. Stefan would then put it into a software to clean up the image and then reproduce a "workable" print. 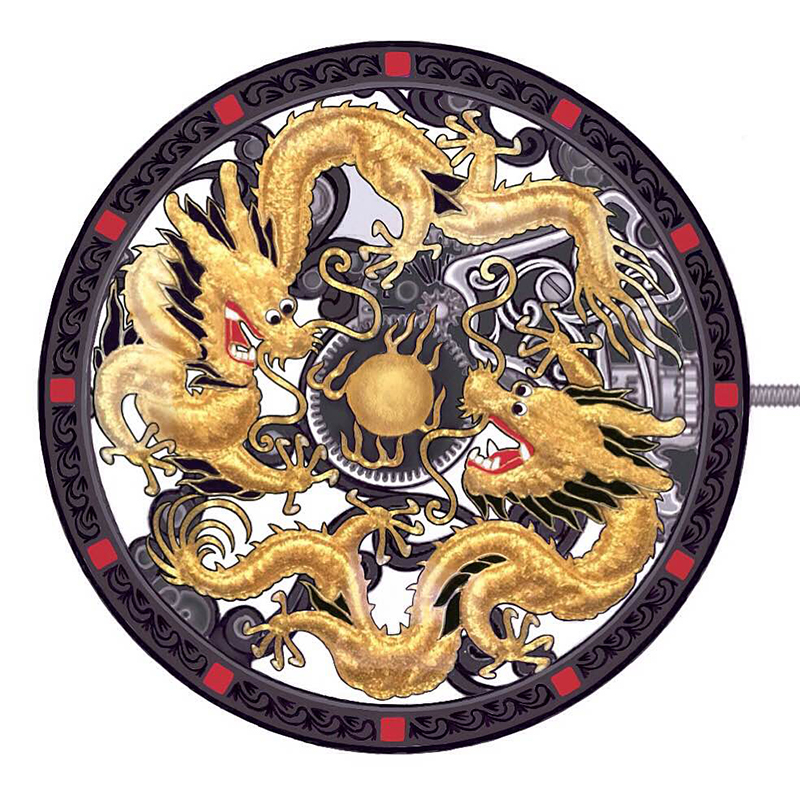 I focus more on the dial work this time around. Stefan starts with a blank brass plate... 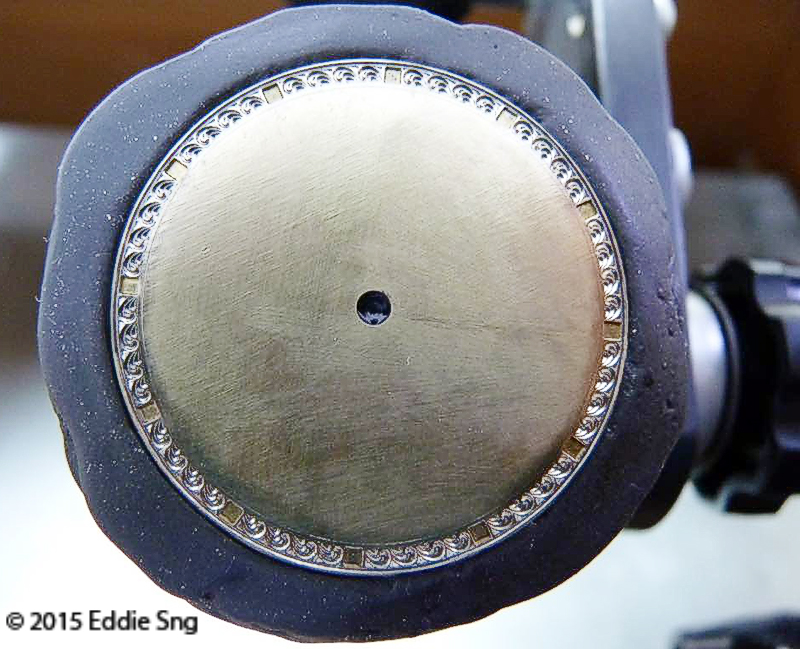 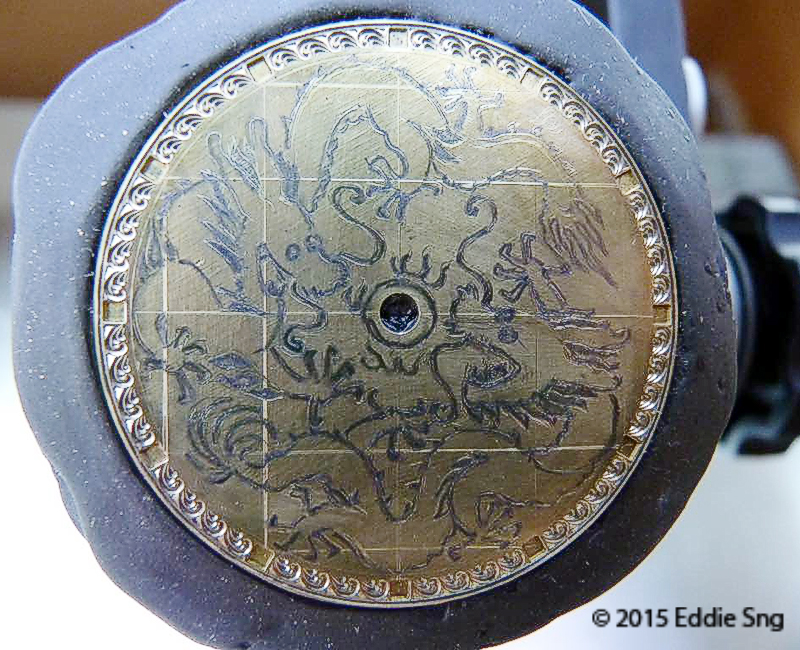 Then the cutting begins... 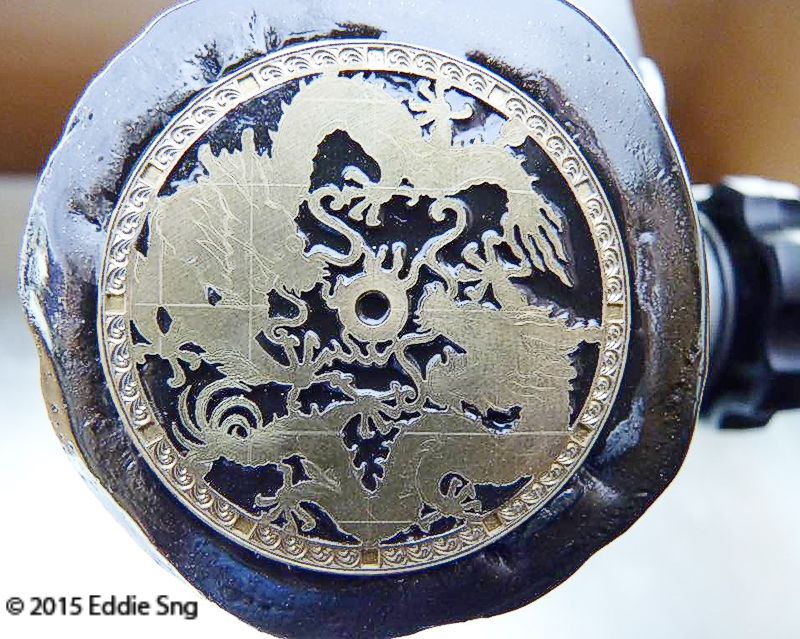 And then the hand work. The filing is very exacting and is hand done. A rather laborious process that requires deft touches and most of all, patience and skills. Stefan honed his skill as a jewelry designer and is adept in setting gem stones - that explains his handiwork. 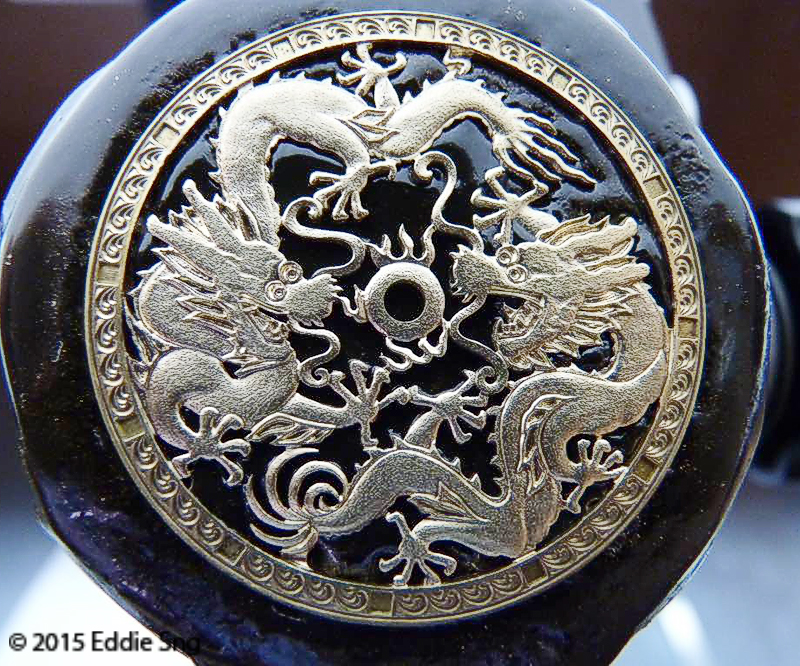 The semi-finished product... Look at the well textured body of the dragon. 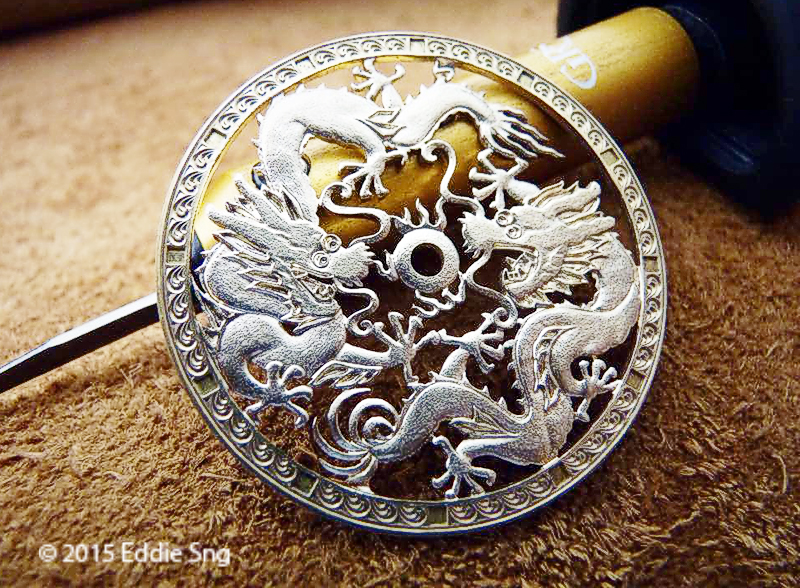 Then Stefan adds the colours - the eyes and the mouth of the dragon. He tells me that he uses an enamelling technique for this. Then comes the gold plating to give the dragon its golden hue. 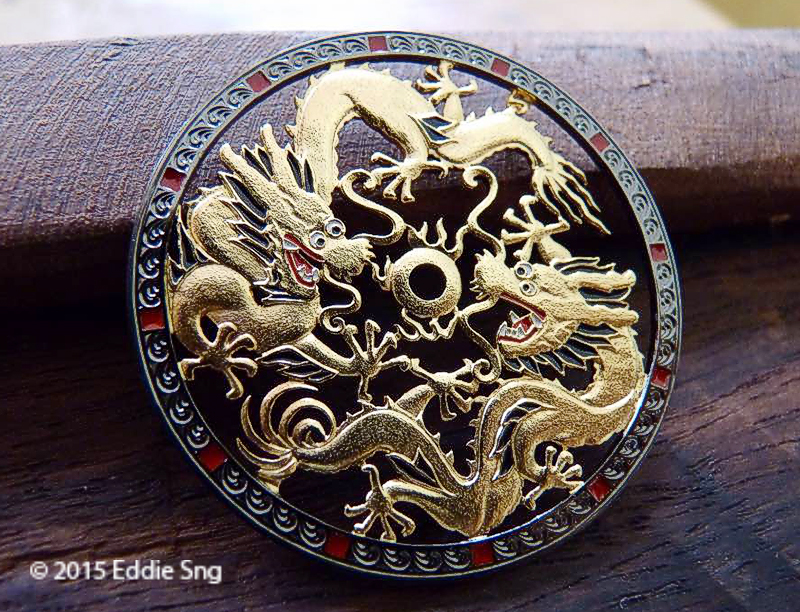 And the final assembled dial. 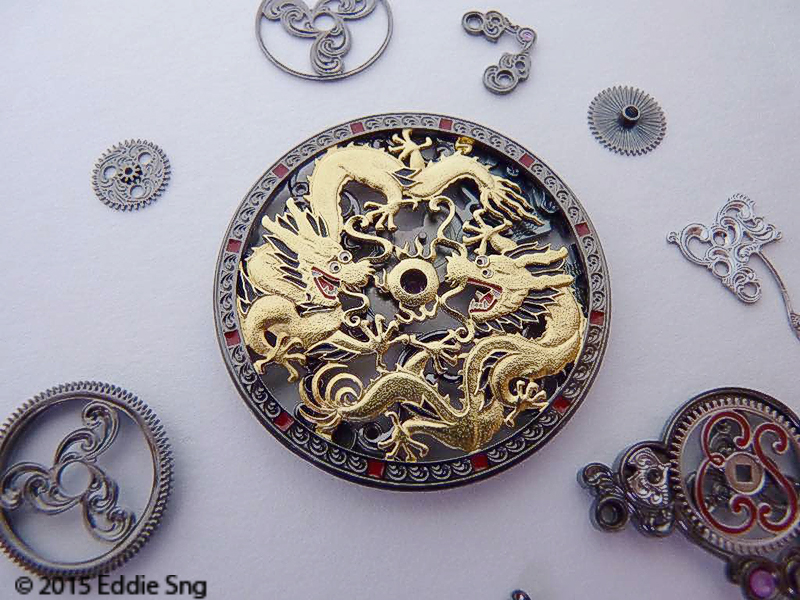 Then onto the movement... Again, all handcrafted. 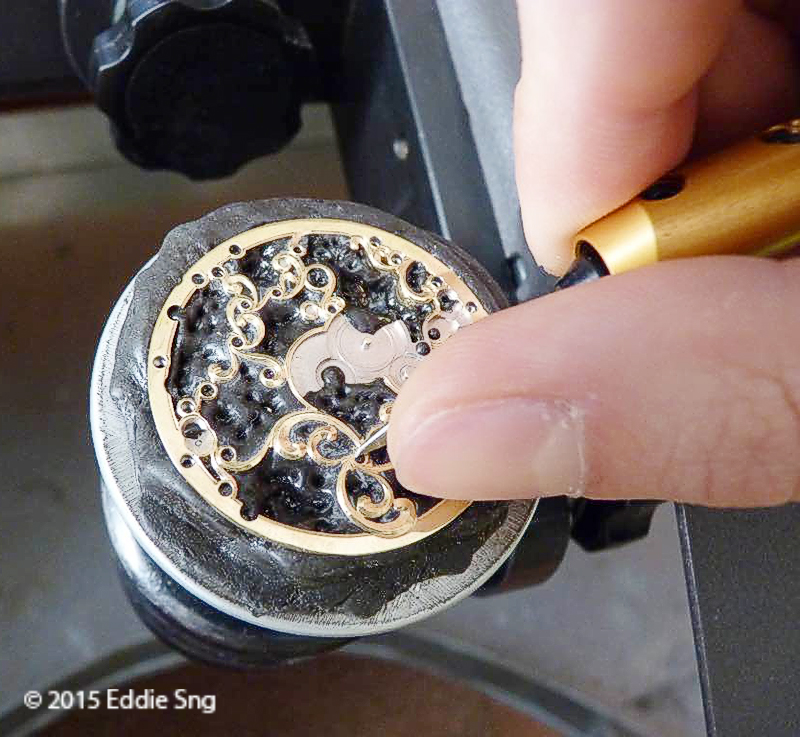 The parts are then blackened and polished. And the main spring barrel cover is engraved with my initials and red enamelling applied. 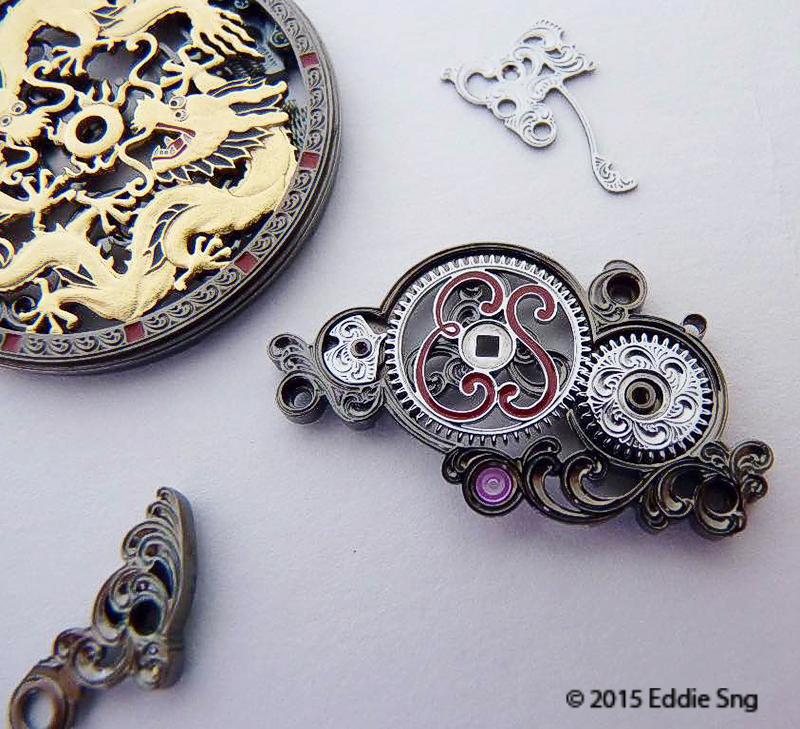 Picture of the dial with the individual movement parts. 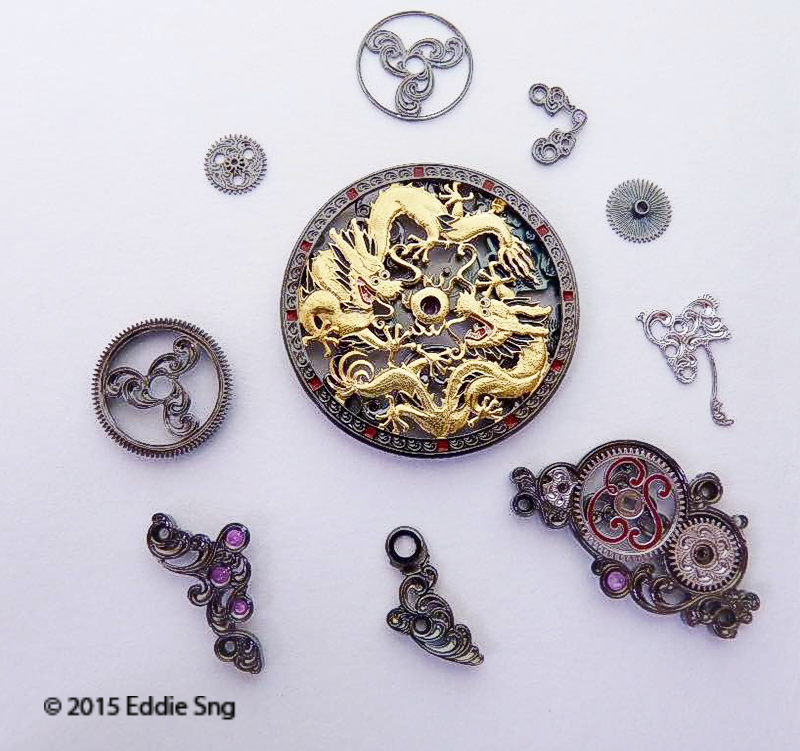 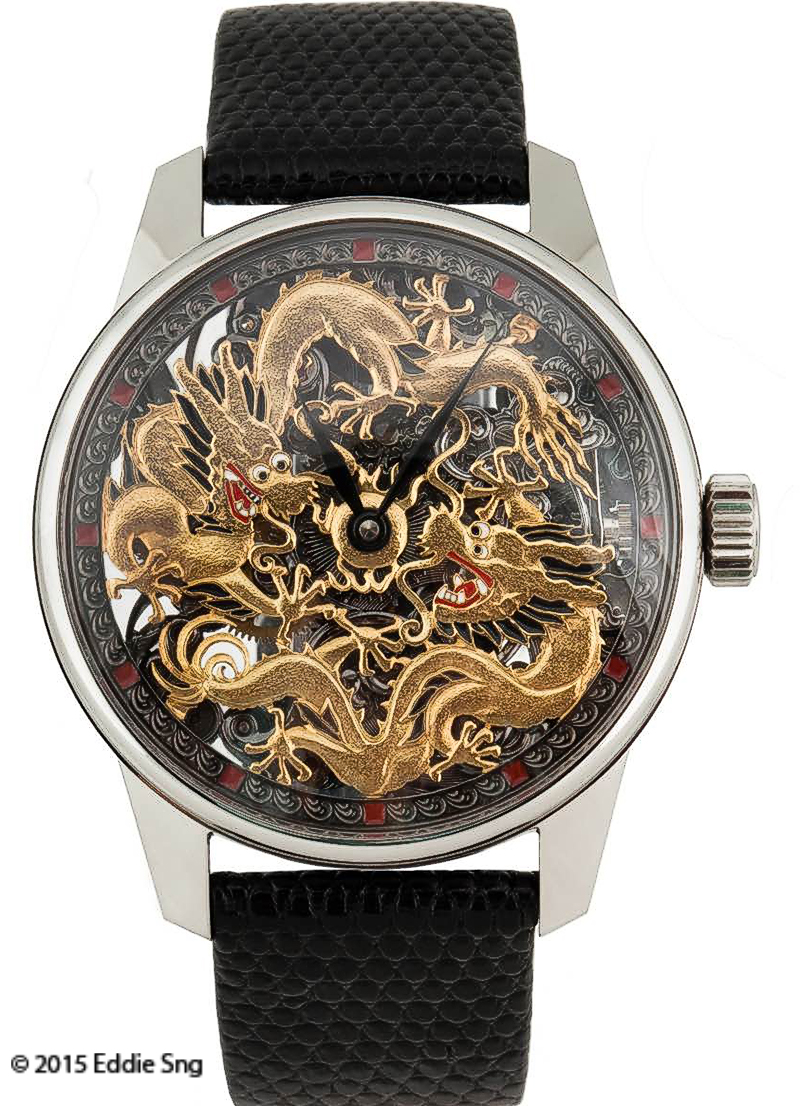 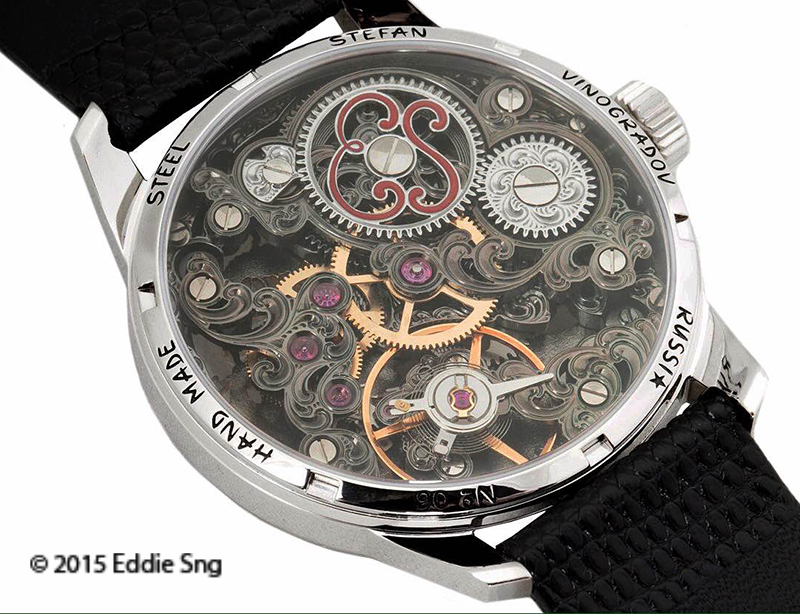 It is another well made handcrafted timepiece by the talented Stefan V. In fact, I like this creation more than the earlier piece. Both are nice, but this one has more meaning to it. At least for me it does. I shall be taking more pictures of the timepiece and featuring it in another post.

Credits - all pictures provided for by Stefan and taken by his wife Svetlana.